This fundraiser is all about cats.

It is part of a year long campaign to raise awareness of the benefits neutering has for cats - and for wildlife.

The Animal Welfare organisations included in this fundraiser represent all four Nations of the UK. They all spay and neuter cats before re-homing, or for feral cats - before release. Each organisation actively promotes spay and neuter initiatives in their area which make the process more affordable for the public.

Cats Protection recommends that cats should be neutered from four months of age, but while 9.3 million cats are neutered, 1.3 million remain unneutered

The most recent figures of how many creatures are killed by cats are from the Mammal Society. They estimate that cats in the UK catch up to 100 million prey items over spring and summer, of which 27 million are birds.

By supporting this fundraiser you will be supporting animal rescue organizations who neuter feral cat populations, who neuter before rehoming and who offer an ethical alternative for cat adoption than going to a breeder. 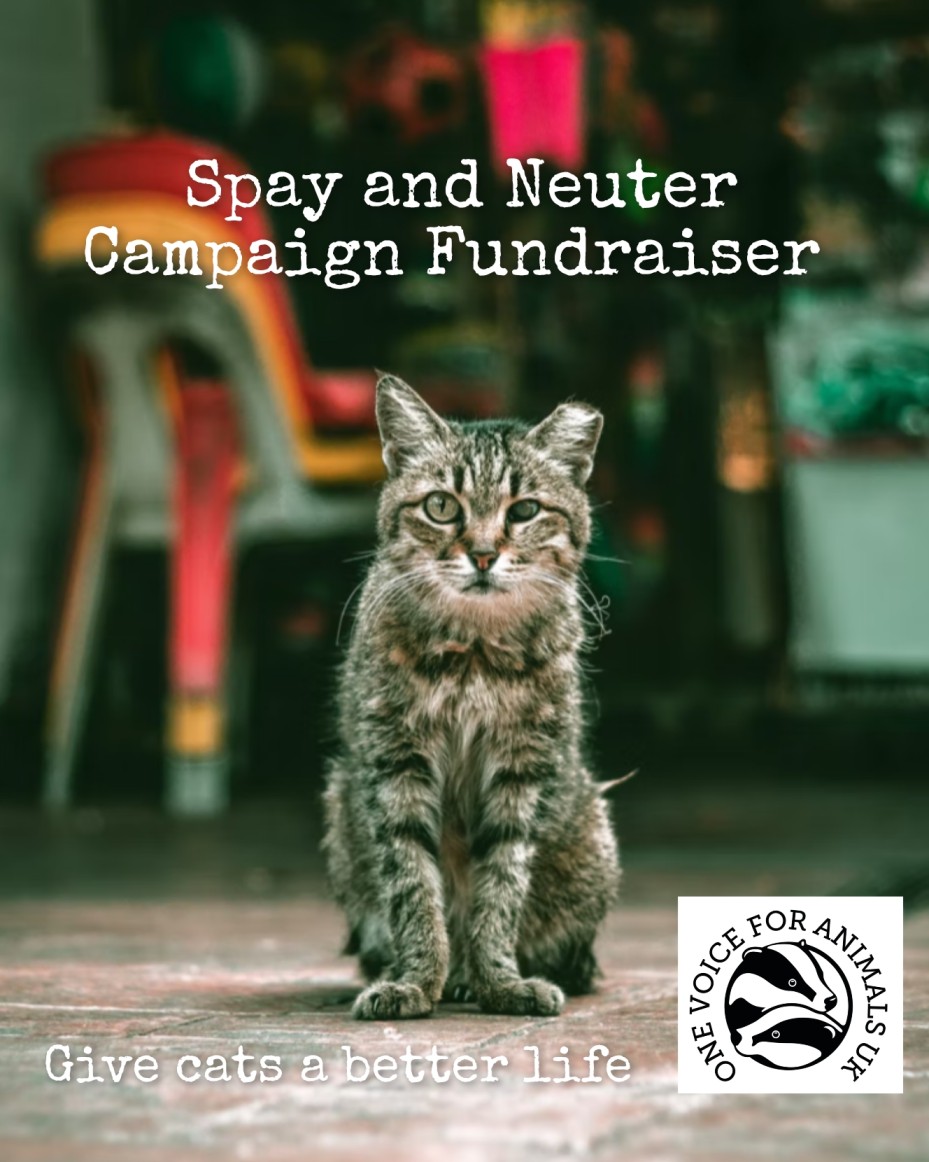 Crosskennan Lane Animal Sanctuary was founded in 1996 as a result of the poor welfare system in Northern Ireland for Horses and Ponies. Since then they have worked with and saved over 250 animals per year, including everything from domestic dogs and cats to wildlife and farm animals. Their focus is providing a safe home for all animals in need and do this by providing a sanctuary, rescue program, rehabilitation and with suitable animals; rehoming. Not every animal is suited to being rehomed but they have a home for life at Crosskennan where they are loved. All the animals at the sanctuary help educate in animal welfare and care as well as providing therapy to individuals and groups; working alongside care homes and other charities. Crosskennan is home to over 100 animals at any one time.

We are a small non-profit rescue based in Bradford-on-Avon in the South West of England. We are well known to local vets surgeries, who call us if they need to rehome a cat or kitten. We also work closely with a charity in Romania, allowing some cats to come over to the UK to have a better quality of life. We will not turn down an abandoned or homeless cat as long as we have space. Adult Cats are neutered or spayed before rehoming. Kittens are spay or neutered  if of appropriate age before rehoming or if too young, adopters agree to spay or neuter as part of the adoption contract within agreed time period. They will also be flea treated and wormed as well as vaccinated. We take joy in finding the right home and families to make for the best possible outcomes for the animals. We are 100% volunteer based, so all funds raised go directly to the care and welfare of the animals. Thank you for supporting our rescues.

Friends of Animals Wales is  an animal rescue based in South Wales, staffed by volunteers, re-homing across the UK.

Friends of Animals Wales is a member of One Voice for Animals UK  https: www.helpanimals.co.uk

We are an all-volunteer, nonprofit organisation who specialise in the rescue, rehabilitation and rehoming of stray and feral cats and kittens.

Aims to provide a mix of rescue, education, advice and support for cats and owners on the island.

The HARC Hope Animal Rescue Centre was founded in 2011 after the founder realised how many people were having to give up much loved pets due to changes in circumstances that meant they were unable to look after their pets for a period of time. Hospital stays, homelessness or changes in circumstances were forcing people to give up the pet they loved simply because their was no-one to look after them until they were back on their feet. HARC provide short or long term foster homes to bridge the gap so pets and their owners can be reunited. We also rescue and rehome animals who are homeless and alone.

The Edinburgh Cat Protection League was established over 70 years ago by a group of Edinburgh ladies who became concerned about the number of stray and unwanted cats in the city. They set up premises in Stockbridge and ultimately here in Leith at the present premises. We are a stand alone, self-funding Scottish Charity dedicated to the welfare of stray cats or cats that can no longer remain with their present owner. The League is run by a voluntary Committee and is staffed by two animal care workers, Luke and Kim.