On 1st June 2022 we will be travelling on a 3 week journey from MOD St Athan near Cardiff to Hampton Court Palace near London by Shire horse and carriage.

The team consists of Millie and Willam the two Shire horses, Boo Boo Beithe the dog plusÂ Nigel, the carriage groom and Jamie.

We are raising money for Police Care UK (52%), The Royal Air Forces Association (42%)Â and The Shire Horse Society (6%).

I support these charities because my brother was injured whilst on duty as a serving Police Officer and died 14 years later having never recovered consciousness. The police charity and support network looked after him and his family throughout this time.

My grandfather served as aircrew in WWI and survived. He served in the RAF during WWII. My father was a fighter pilot in the RAF, transitioned to bombers, moved on to become a flight instructor and flew aircraft his whole life. Other members of my family have served in the RAF with honour and distinction. Sadly, many members of the RAF community, both past and present, have suffered terrible physical and emotional harm while serving their Monarch and country.Â

My passion is the Shire horse. I currently own four of them and they do a lot of work on the farm as well as working with the general public.

Her Majesty the Queen is Patron of all three charities.

For people who give advance notice and a suitable donation, 2 passengers may ride on the carriage at any one time on the journey. 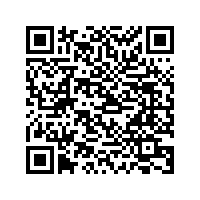 When someone in the RAF family needs help, the charity they turn to is the Royal Air Forces Association. Whatever their need, they can rely on us every step of the way to give practical assistance, expert advice and emotional support. Throughout life's challenges, we are there for them, in person and on the phone, like a good friend should be. We are there whenever an injured airman is fighting to get back on their feet or the widow of a WWII veteran needs a shoulder to lean on. We are there when a family needs support to stay strong and connected despite the separation that comes with RAF service. We are trusted to work tirelessly to make sure no member of our family ever feels alone or unsupported. Your amazing fundraising support helps us to achieve so much, to find out more go to: www.rafa.org.uk

The objects of the charity are, for the public benefit, to improve the breed and promote the breeding and use of English cart horses, more particularly the shire horse, and to this end to maintain a stud book and grading register in which are entered the names of all registered shire horses complying with conditions for the time being applied to the charity; and to educate the public about the shire horse and the importance of preserving the breed and its heritage.

We are the charity for serving and veteran police officers and staff, volunteers, and their families who have suffered any physical or psychological harm as a result of policing. We are independent of the police service, and are funded entirely by donations and fundraising - we receive no money from government or forces for our work.