Since Edinburgh Direct Aid launched this appeal we have raised over £25,000 to assist refugees and internally displaced people (IDPs) from Ukraine.

Initially we worked on the Polish border assisting with refugee reception but since then we have moved our operations into Ukraine.

We are using your money to buy goods in Ukraine -- much cheaper than transporting donations from the UK, and are providing support to IDP shelters in Lviv giving them  the things they need to sustain their operations.

We have also been supporting elderly, disabled and bombed-out families in towns in Central and Eastern Ukraine where the ravages of war have, and in some cases continue, to take place. Our volunteers have taken in food, medicines (especially thyroxin, a constant need for the Chernobyl-exposed people of Ukraine) and other necessities, either delivering them directly or handing them on to  trusted local groups to deliver.

We are spending your money wisely and efficiently but  to continue operations we will need more. If you can, please help us help Ukraine.

EDA is an all volunteer international charity and we get no support for this work from Government or even the Disaster and Emergencies Committee. We and therefore the people who we are helping rely totally on your donations.

To read, more from our volunteers in the field,visit our website or follow us on Social media. An update from Maggie Tookey, EDA's woman in Ukraine:
Buying and delivering fresh food to the many shelters in the Lviv is an urgent EDA task . The shelters provide sanctuary and support for displaced families. Irina, a new arrival, was 17 years old. She was alone except for her precious tabby cat . Her parents were missing, she had come from Cherniv in the North, close to the border with Belarus. She looked so vulnerable.
On Sunday 20th March we left for Zhytomr with a van loaded with food and medicines, bought by EDA in Lviv and made up of basic food like pasta, rice, tea, flour and tinned food. The town was shelled and badly damaged and was likely to be struck again being not far from the front line. Volunteers unloaded and distributed the valuable cargo. The next day, we bought more food to be sent to Malyn, also very badly hit. The next day, we began to prepare for the next one. Kramatorske in the Donetskt. 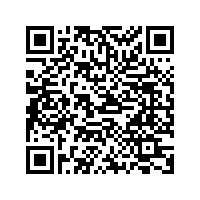 Edinburgh Direct Aid is a charity dedicated to helping those suffering as a result of man-made or natural catastrophes overseas, wherever EDA has the resources and opportunity to make a difference. Since 2013 EDA has worked mainly for Syrian refugees in Lebanon, providing humanitarian aid, vocational and educational opportunity, shelter, and emergency aid.