Please donate, and share this page, to support and help us deliver a Birmingham Memorial for those that have lost their lives to AIDS, or have; suffered because of, experienced loss to, dealt with grief, experienced the stigma wrongly associated with, or have worked tirelessly to; heal, offer support, or raise awareness of the virus HIV & AIDS.

After watching 'It's A Sin' written by Russell T Davies, on CH4 and 4oD, it took our co-founder, Garry Jones back to when he was 21 in 1981, recalling the arrival of the AIDS pandemic. He thought Birmingham had no acknowledgement to those 'we have loved and lost' to this terrible disease.

Garry asked via Facebook, if people wanted a memorial? The response was incredible, and the idea of a campaign was born. Social media really helped here as attempts in previous years had failed.

Garry got together with Birmingham Pride co-founder Phil Oldershaw, and owner of The Fox pub, Andy King, to form a fundraising group to gain traction and see this through. The three co-founders developed a campaign that has now built incredible momentum with support from; Birmingham City Council, The Public Art Gateway Group (PAGG), Southside BID, numerous LGBTQ+, and other businesses onboard. It is also with delight that we have partnered with the 'Saving Lives' HIV Charity, who were quick to offer support and resources, including a registered charity.

The Birmingham AIDS & HIV Memorial already has so many individual people wanting to help really make a difference. This is now a community project that we can, and will, make happen.

Through a large amount of hard work, the designs were approved, location agreed (after a public consultation period) and planning permission was granted in September 2021. Successful fundraising will now make this happen. Play your role and be a part of this legacy project for the city: reflecting, remembering and celebrating the uniqueness of life. 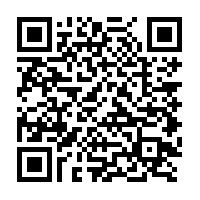