Love your local wildlife? Ã‚ You can help us to rescue injured or abandoned birds and animals, which will be nursed back to health and released back into the wild once well enough or if it is a domestic animal, we will attempt to re-home.

All of the support that you give us will be used to help these animals and you can be assured that you are contributing to a great cause.

Every day animals are bought to us for help, so your generosity is urgent to us. Ã‚ Your commitment will also mean that we don't have to turn animals away.

Over the past few months, we have built a new animal hospital which will house up to 72 cages for injured animals. Ã‚ Your support will go towards the equipment and medicine needed. Ã‚ In addition, food, veterinary bills, worming and bedding are just some of the items you will have helped supply.

We thank all of our lovely supporters who have contributed to date - we could not rescue, rehabilitate and release/rehome without you!! 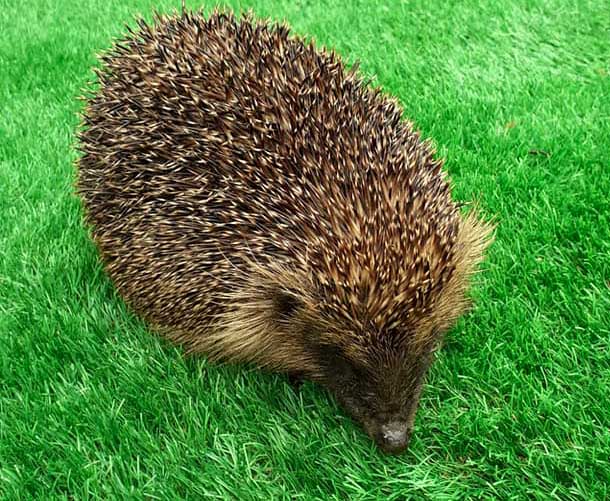 Hi my name is Tim from Rhayader wildlife rescue. Valley view falconry was set up after I had a heart attack and had to take a change of career, it wasn't long before members of the public and the local Vets started to bring us injured birds of prey such as, buzzards, red kites, tawny owls this progressed to other wild birds, a vet even bought us a baby bat. The word seemed to get around that we took in animals and we started to get asked if we could take in pet rabbits, budgies, Guinea pigs not thinking ahead at the time we said yes, at this point the rescue side was being funded by the falconry business, buying hutches, building aviaries etc. The first animals started arriving in 2017 and the number increased steadily but we still continued to fund it ourselves, we can not and will not see any animal suffer in anyway if we can help. This year with the Corona virus our income quickly became zero and we though that we would have to close our doors to any animal needing help, but we started a fundraiser on Facebook and through the overwhelming generosity of the people following us we continued.. But the number of animals and unwanted pets increased rapidly so we decided to give our rescue side a name "Rhayader Wildlife Rescue" was born and support continued to grow with people donating, bedding, towels, food etc. We were offered the chance to purchase a purpose built hospital unit so created another fundraiser which again had a great response and offers of unpaid help. We can now look forward to continuing our work rescuing wildlife giving much needed care before releasing back to the wild and taking in unwanted pets with the aim of rehoming them to forever homes.

If you require assistance, please get in touch.

If you require assistance, please get in touch.